Make Your Own T-shirt with Screen Printing

Make Your Own T-shirt with Screen Printing

As a teenager in a primary school art class, I had no idea what screen printing was, but from what I could see of the press in front of me, it was going to be complicated.

The contraption had several limbs branching out at different angles like some kind of advanced, spinning robot ready for take-off. The metal base was dripping with ink in various bright colors.

“I’m going to use that?” I asked my teacher.

She shook her head with a smile, “That’s a little advanced for you. Don’t worry, we’re going to be working with individual screens for now. It’s still a little complicated, but you’ll have fun.”

Over the next two weeks, I spent hours designing, cutting, aligning, and squeegee-ing on various types of paper and fabric. There were times when I wanted to pull my hair out and times that I was ecstatic with the outcome, but usually I was just extremely focused on my work.

By the time I had completed my first project - a tricolor work that would probably make Andy Warhol cringe - I was hooked on the hobby. I couldn’t wait to show off my freshly-pressed artwork to friends and family. I actually started to make my own t shirts with screen printing!!

“Just wait until you learn more about the history,” my art teacher prodded.

Indeed, screen printing has an interesting tale to tell.

The art form has a surprisingly long history, with Polynesian Island natives producing the first images by seeping ink through banana leaves over 1500 years ago (1). Similar techniques popped up in China and Japan, where they developed in sophistication and skill. At the 1853 World’s Fair, Japanese goods were lauded by European and American artists, who sought to learn and commercialize the art form.

Though screen printing wouldn’t show up in Australia until the second World War, other forms of printing have always been a crucial part of the country’s history (2). For instance, a humble little device came over with the first fleet in 1788, though it was incomprehensible to all crew members.

Once the newcomers learned how to use the press, printing exploded in the form of newspapers and informative books on exploration of the continent. This type of production was usually relegated to the commercial sector, and wouldn’t become popular as an art form until the 1970’s, as a result of Andy Warhol’s explosive entrance into the art world. 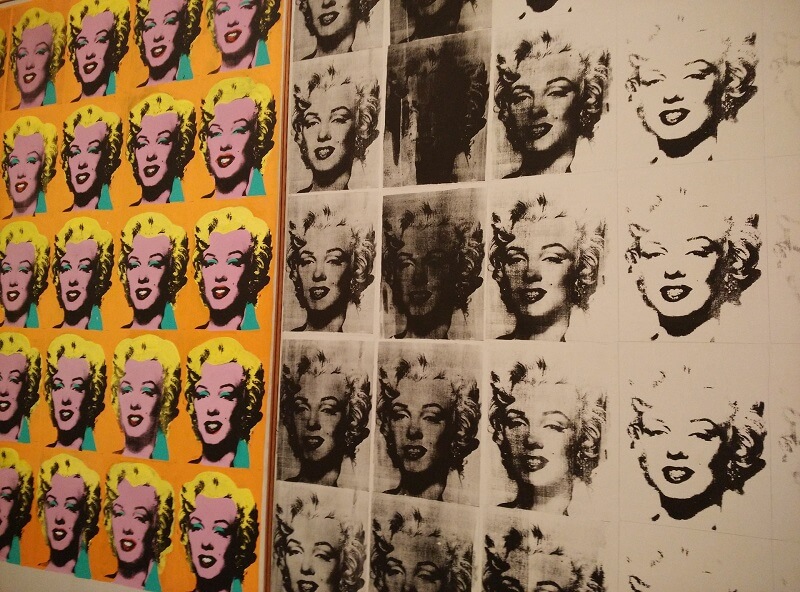 As an American artist, Warhol’s most famous works depict American popular culture, such as his iconic renditions of actress Marilyn Monroe in the 1960’s. As a result of his pioneering endeavors, artists all over the world began experimenting with silk screens.

The craft became particularly popular in Aboriginal communities, specifically in Bathurst Island and at Gunbalanya, where much of the printmaking took place on fabric instead of the otherwise popular paper (3). Over the next few decades, this style would become an integral piece of Aboriginal fashion design, with artists showcasing their work in art galleries, Parisian fashion venues, and international cultural exhibits.

Considering its humble beginnings, screen printing has certainly had an interesting journey. Today, many individuals, with or without an artistic background, are exploring the craft by attending printing classes. In fact, ClassBento offers a class in Marrickville lead by Carizza Teague who studied the art form at the Eastern Sydney Institute of Technology and has been teaching it for seven years.

You may be as surprised by a beginner’s class as I was the first time I saw a screen printing press, but there’s no doubt that you’ll enjoy your first experience. Here are a few fundamental aspects to the process that may help you prepare for your first class.

This type of printing requires a pretty particular set of objects. Most notably, the screen, which is generally a wooden frame fixed with a thin semitransparent film. You will also be provided with a squeegee, emulsion liquid, printing ink, and testing fabric (although you should bring your own fabric for the finished project: think tea towels, tee-shirts, or tote bag.) Your instructor will have a light box to help the emulsion process along quickly.

If most of these items seem foreign to you, that’s okay. Your instructor will explain everything!

Churning out your work

So, all you need is a screen and some ink right? Why all this other stuff?

1.     You design a creative graphic. Anything you want! Elegant lettering, your dog, your best friend, the sky’s the limit.

2.     You create a transparent version of your beautiful image that will be stripped away after the emulsion process (your teacher will help you with this part.)

3.     You prepare for emulsion by fixing your image to a screen, which has been covered with the emulsion liquid.

4.     When you expose your screen to light, the emulsion will harden where the liquid is exposed, allowing you to eventually strip away your transparent image.

5.     What is left is a kind of stencil through which you can squeeze ink onto fabrics, shirts, and paper products!

As a beginner, you will probably be satisfied with sticking to one color for your graphic, creating a minimalist work of art that will astound your friends and family. But, as you advance in your practice, this method can incorporate more and more colors into your work (just remember, each step usually requires a completely new graphic!)

In other words, whether you're interested in a novice understanding of screen printing, or you want to take it to the next level, you can be sure that there’s never going to be too little or too much that you can do with your art. You may even advance to larger printing presses!

So, don’t be shy! Anyone can make a beautiful graphic using this method, and there’s nothing quite like showcasing your work as part of your daily wardrobe. 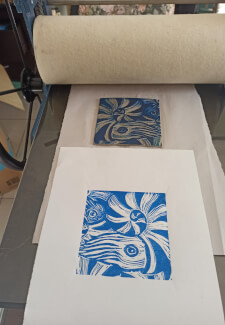 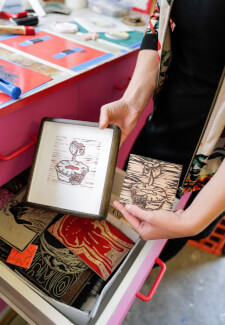 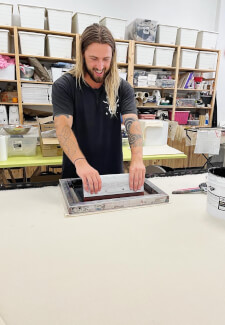 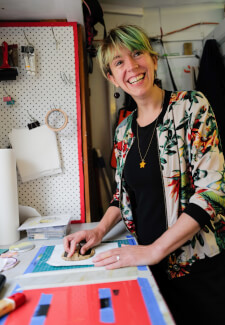 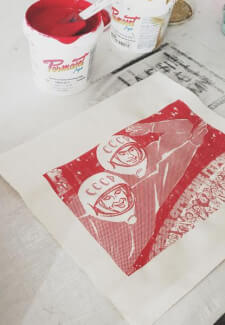 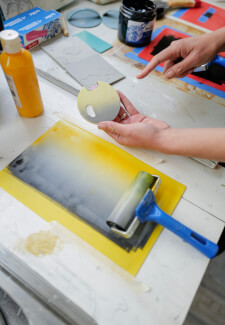 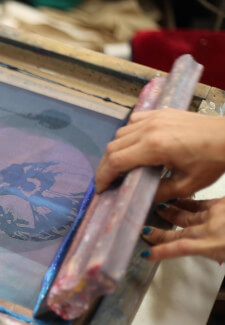