The Colourful History of Jewellery Making

The Colourful History of Jewellery Making

I'd never tried jewellery classes in Sydney before. When I was a kid, my mother took me to meet one of her friends for an afternoon lunch.

We had to pick her up at her house, she explained, because Betty was blind and couldn’t drive herself. Having never met a blind person before, a flood of wonder and curiosity washed over my young mind:

What would she be like? Would she be sad? What did she do if she couldn’t watch television?

When we pulled up the gravel driveway, Betty was already at the doorway, ready to greet us. She was smiling and waving, and with her dark sunglasses, you wouldn’t even suspect that she wasn’t look straight at us.

After introductions, Betty invited us inside for some iced tea before we went to the restaurant. As she turned to lead us into the house, I was mesmerized by her beautiful cascade of silver hair, pinned back with the most intricately beaded hair clip I had ever seen.

The clip was an oval about five centimeters long and a few centimeters high and was adorned with blue, red and yellow beads arranged in symmetrical patters. It reminded me of the mosaics we had learned about in school, yet somehow more impressive because of the minuscule size of the beads (I later learned that they were called seed beads.) They were so small; you could almost mistake the entire thing for patterned fabric.

My mother smiled. “She makes those herself, you know,” she said.

Though she couldn’t see my expression, Betty sensed my surprise and laughed.

Betty lead me to a spare room, where she had set up a workshop. On top of her desk, she had everything to make the intricate clips: rows and rows of brightly colored beads, spools of thread, various sizes of scissors and pliers, and strips of leather.

Pinned up to the wall in neat columns were her finished products. Reds, blacks, oranges, greens, and blues. They were impossibly beautiful. Watching Betty show off her art made me realize how important beadwork was in her life. Just standing in her workshop, she was relaxed and full of joy.

For the rest of the day, I couldn’t stop thinking about Betty making those incredible hair clips. I had always enjoyed making crafts with beads at school, but I couldn’t imagine creating something so detailed. My mother explained to me that the beadwork was an integral part of Betty’s heritage as a Native American of the Owen’s Valley Paiute Nation in the United States, and she had probably learned very young. Not a lot of people have an interest in learning the craft anymore, she told me sadly.

Intrigued, I started researching the history of jewellery and beadwork on my own, finding a cultural history as elaborate as Betty’s art.

Jewellery, which in its most primitive form constituted decorative shells, bones, and colored rocks, is thought to be older even than clothing. As humans began settling into communal agrarian societies, in Mesopotamia and Ancient Egypt, jewellery developed into more ornate and sophisticated forms of art, alongside concepts like religion and governance.

At this moment in history, jewellery began gathering social significance. For example, the tomb of the pharaoh Tutankhamen, whose treasures are housed at the Egyptian Museum (2) in Cairo, is still the largest collection of jewellery in the world, and gives modern historians a good idea of the opulence afforded only to the most powerful royal figures of the time.

The next few centuries saw an explosion of jewellery trading that solidified the art as a staple of almost every European, North African, and Middle Eastern civilization. A historian can dedicate a lifetime to a single island in the Mediterranean, like Crete, and never learn everything there is to know about jewellery in the Ancient World. The waters are simply too deep.

At the same time, on two completely separated continents, jewellery was weaving another historical thread in North and South American settled societies. In Central and Southern civilizations, like the Aztecs and Mayans, silver and gold were popular materials for ornamental pieces. For Western tribes, like Betty’s, early forms of jewellery consisted of natural materials, such as shells, silver, ivory, colorful stones like turquoise, etc. 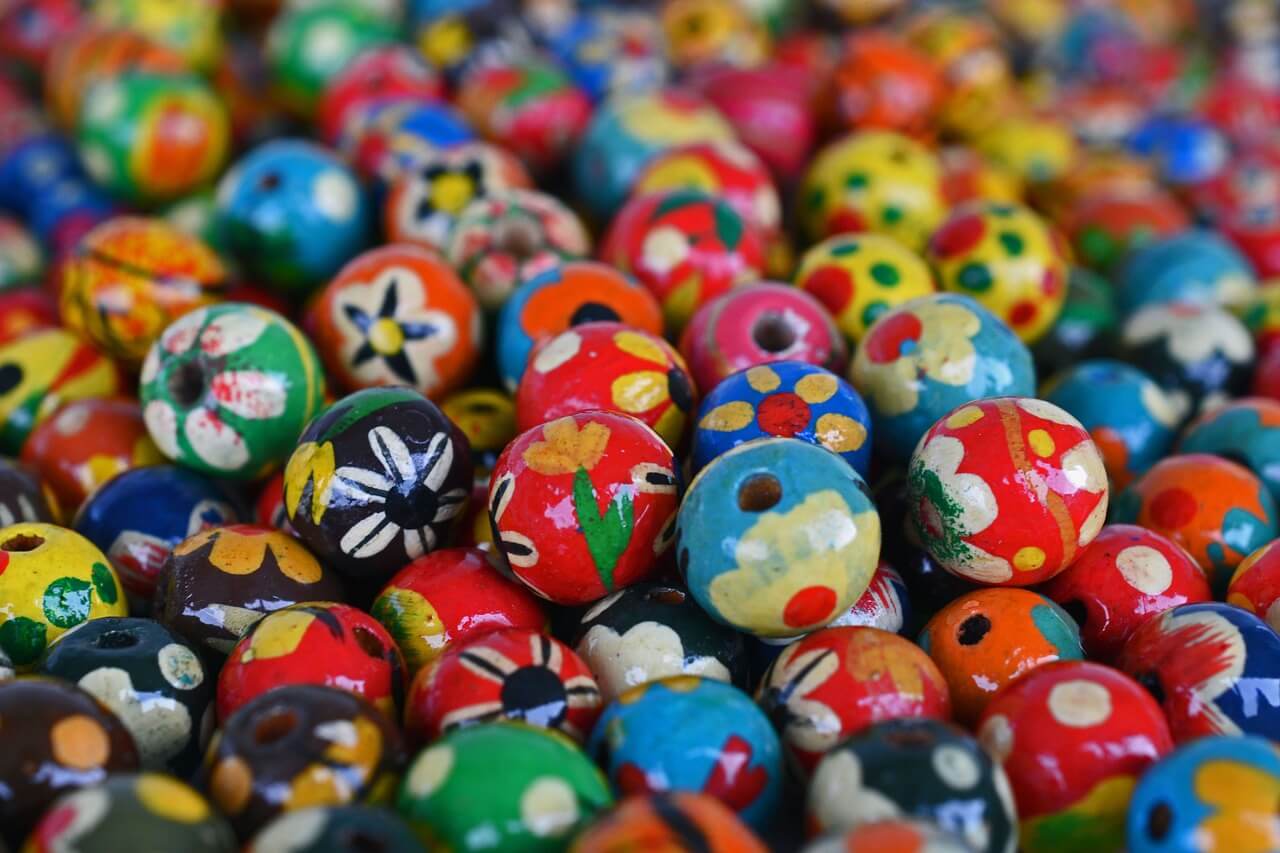 With such a diverse and vast history of jewellery in human civilization, it is no surprise that jewellery continues to be a key part of almost every society in the world. But in this age of mass-production, is there a way to preserve the age-old tradition of jewellery making? Is it even worth it to try?

Scientists say we have a very strong incentive to keep jewellery making around, namely its potential to improve our mental health.

One study (3), lead by Carolyn Adams-Price and Bernard Steinman of Mississippi State University, reviewed the impact of jewellery making on the mental wellbeing of 29 Canadian and American women, aged 31- to 64-years-old. All participants reported a psychological benefit, while 24% said that they experienced an increase in happiness and self-worth in particular.

The organization, Bonita Bead Boutique (4) in the United States, has recorded similar effects, from reduction in stress-related illness to improved cognitive function, in individuals participating in jewellery making for the first time.

Getting involved in jewellery making is incredibly easy. Jewellery making workshops are taught all over Sydney. Check out the long list of beginner’s classes by Chris Smalley: 1) colour master class 2) beading basics and 3) wire wrapped stones

Because of the broad definition of jewellery, there are endless options for beginner’s classes, based on your personal preferences. A typical introductory class will teach the basics of anything from beadwork to simple silver- or silicone-molding to creating your own porcelain beads and pendants. 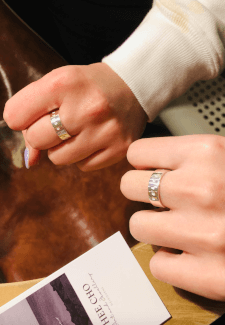 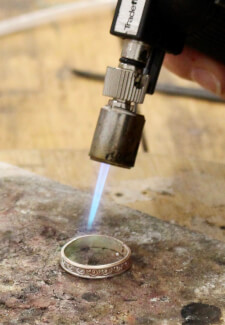 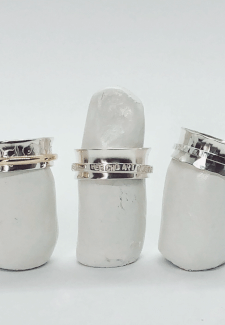 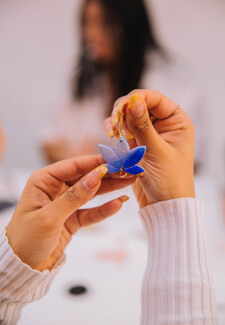 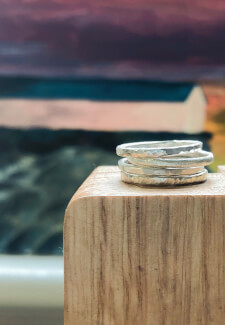 Make a Ring in a Day DIY Workshop 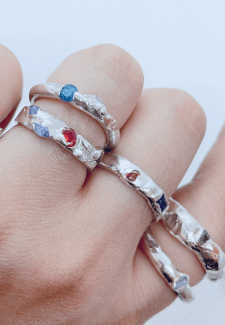 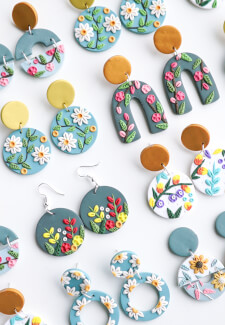