Everything You Need to Know About Macarons

Everything You Need to Know About Macarons

Learn about the history of macarons at baking classes in Sydney

It may surprise you to learn that macarons did not originate in France. We imagine that this quintessentially French patisserie could only be the work of a French pastry chef. But, according to historic records, macarons date back to 8th century AD. With the first recorded instances baked in Venetian monasteries. The macaron came to France with Catherine de Medici, when she married King Henry II in 1533. Her pastry chefs continued to make these meringue-based biscuits for her when she moved over to Paris.

According to one controversial Encyclopedia entry, it was two French nuns who invented macarons. The text claims that the dessert gained popularity when two Sisters baked and sold macarons during the French Revolution. They used their venture as a way to fund their housing while they were seeking asylum.

Yet, those macarons were not the ganache-filled treat we know today. Those macarons were two meringue cookies atop one another, without any filling. As with the invention of the original macaron, there is a discrepancy about how the modern version was invented as well. Two French chefs claimed to have invented the sweet fillings; Claude Gebert and Pierre Desfontaines of Ladurée. They are both credited with having introduced a third layer to the sweet in the early 20th century.

Although macarons originated in Italy, some 17th century Italian cookbooks include ‘French Macaron’ recipes. In any case, there are two distinct methods to making macarons; the Italian way and the French way. The difference comes from the meringue part of the recipe; specifically when to add sugar. The French recipe calls for egg whites to be whisked into meringue shapes before powdered sugar is folded in. The Italian method includes adding sugar to raw egg whites to make a paste. Today, the accepted method to bake macarons is closest to the French recipe.

Although macarons didn’t originate in France, we have a French patisserie to thank for their lasting popularity. Ladurée has been around for over 150 years. It was founded in 1862 by writer, Louis-Ernest Ladurée. The original location burned down during a late 19th Century uprising, so a second popped up. It was at the second location that the founder’s second cousin, Pierre Desfontaines, created the ‘Double decker’ macaron. This refers to two traditional macarons on top of one another bound together by a creamy, usually ganache or buttercream, filling.

The steady increase of these stores outside France attests to how popular the macaron has become. Ladurée is now present in almost 20 cities in Europe and many countries across four more continents.

Keeping with the tradition of adapting the original recipe, may other cultures now produce their own versions of the dessert.

In the States, the composition of macarons remains the same, but the flavours are much more experimental. In France, you will find classics such as pistachio, raspberry and chocolate. In the US you can buy peanut butter and jelly, pumpkin, cheesecake and candy corn.

In Japan, where food can be cute, the macaron is a popular print for fashion items, stationery and even bedding. Simple and colourful, they decorate clothing and accessories along with other foods such as fruit and sushi.

In their attempts to create a more upscale image, McDonalds’ McCafe branches sell macarons in France and Australia. Interestingly, they are produced by a company owned by the same holding company as Ladurée. Yet, they don’t use the same recipe; McDonalds has a more limited flavour menu than Ladurée, offering six classic flavours. Ladurée, whilst not as experimental as some US macaron producers, does offer a wider range of French favourites. These include speculoos, rose and salted caramel. 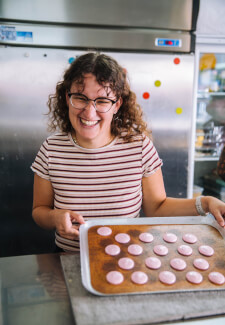 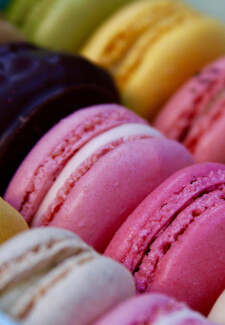 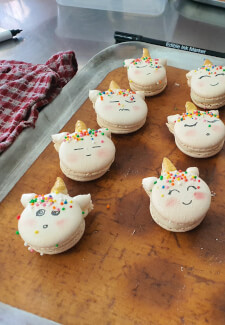 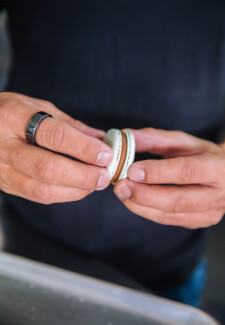 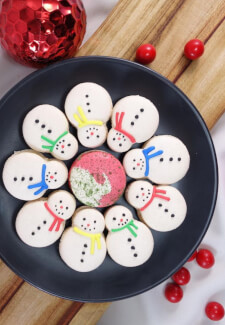