Australia’s relationship with coffee is truly unique on a global scale, and barista courses in Melbourne, in particular, have never been more popular. While available in some form or another in virtually every country on the planet, Melbourne has a new and passionate marriage with the bean compared to other nations.

Australia’s love for coffee didn’t start until a century after it was brought here on the first fleet. Being a tea-loving nation, the British colonialists and its convict settlers preferred a cup of Tetley’s over java. As immigration increased, so did our coffee consumption, and the mass European immigration following WWII cemented coffees position on the cultural lexicon.

Melbourne wasn’t always the international leader of coffee-loving cities however, and its vibrant cafe scene is relatively new. With ClassBento offering up several barista workshops across Melbourne, the demand to learn the art of coffee making has never been higher, and has become a staple amongst Melbourne’s attractions. So where did our love of the bean stem from? 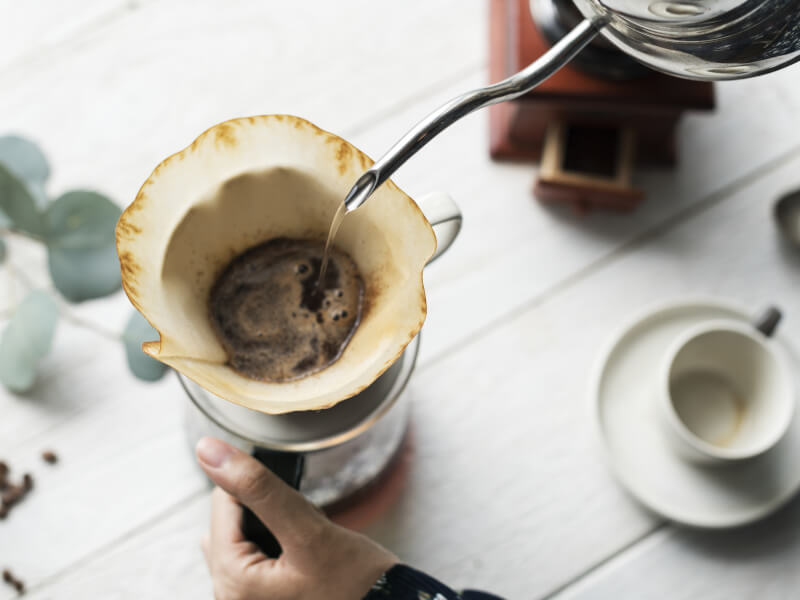 The truth is that no one really knows how coffee came about. Much like the domestication of dogs (albeit not quite as old as that), the origins of our relationship with coffee has been absent from living memory for so long that it’s impossible to trace who or exactly where it started. Before it became one of the best things to do in Melbourne, it’s most likely that it began in the ancient coffee forests of the Ethiopian plateau.

African legends suggest that a goat herder named Kaldi noticed his livestock consuming the berries and were active well into the early hours of the morning. After chewing on them himself, Kaldi found the drink gave him an unexplainable energy and took them to a nearby monastery. The monks disapproved and threw the beans into the fire, filling the monastery with an insatiable aroma. The roasted beans were dissolved in water, and so the birth of coffee began.

There is no evidence for this story, although it’s widely accepted (though not confirmed) that coffee as we know it did begin in Ethiopia. The first credible records of it show coffee was imported from Ethiopia to Yemen by Ibn Al Dhabhani - a notable figure in Islamic history and medicine - for its medicinal properties. This was all done without a barista certificate, too, which is equally impressive.

Coffee making made its way to Europe in the fifteenth century where it was initially frowned upon and considered a “Muslim drink” by the Catholic Church. This was due to its popularity throughout Egypt and Yemen, and its prevalence at the time in the practice of Ramadan, where Muslims would consume it to aid fasting. However the effects were undeniable, and it wasn’t long before coffee houses started springing up all over Europe. After initially being shunned by the papal office, the Catholic church gave its seal of approval after Pope Clement VIII enjoyed it, decrying it was not, in fact, “the bitter invention of Satan”. It soon started to replace alcohol as the breakfast drink of choice, as people that consumed coffee instead of wine in the morning were more alert, productive and eventually more successful.

Coffee houses replaced pubs and became known as penny universities as stimulating conversation could be had for the price of a cup of joe. Queen’s Lane Coffee House has been serving coffee in Oxford, England since 1654, and is currently the oldest cafe in existence. Although a far cry from the modern-day brunch hub, this was the birth of the “cafe” that’s now become synonymous with Australian culture. Next time you’re strolling through Brunswick, tip your fedora to pre-renaissance Europe, because without them coffee schools would just be, well, schools. 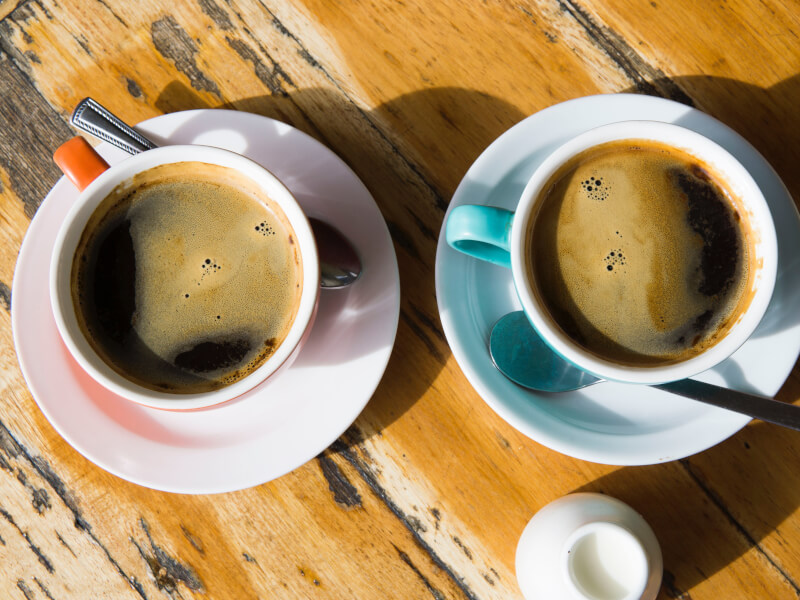 The birth of Australian coffee culture

Australia was yet to be seized by the British empire, however, and the now barista-ladened streets of Fitzroy were dense coffee-less bushland. Even when the British did introduce coffee, it didn’t take off due to the preference for tea. This was in stark contrast to their American cousins, who, following American Independence, started to lay their own foundations of coffee culture and barista basics.

However with Melbourne’s Temperance Movement sweeping through Melbourne’s CBD and the inner suburbs in the late 1800’s - much like the UK two hundred years prior - coffee started to take preference over booze. The legendary Federal Hotel and Coffee Palace was erected on Bourke St, and Parisian-inspired coffee houses started springing up all over the city. After the invention of the steam-powered coffee machine in Turin at the turn of the century, Italian immigrants brought with them a new style of coffee: espresso. Immediately popular due to its intense flavour and effectiveness, it’s prevalence in society was only bolstered by the arrival of European immigrants following World War Two during the fifties. Espresso bars became a popular place to socialise for both Italians and Australians, and it wasn’t long before espresso-made coffee became the new standard.

The rise of the Barista culture in Melbourne

All of ClassBento’s coffee courses in Melbourne work predominantly with espresso machines due to it being the most popular method of making commercial coffee. Our collective love of coffee even created the Flat White; a name coined by Australian barista Alan Preston in 1989.

Our love of coffee shows no sign of slowing down, with the average Australian knowing more and more about bean origins, flavour profiles, and different coffee styles every year.

Baristas are now a neighbourhood staple, with every suburb either side of the Yarra river littered with coffee nooks and brunch cafes. Our desire to learn more about how to make sustainable choices has led to an explosion of interest in both the process of making coffee and the ethics behind it. Learning to make your own coffee at barista courses in Melbourne is a rewarding, time-honoured skill, and with such a rich history, coffee schools have never been more popular. 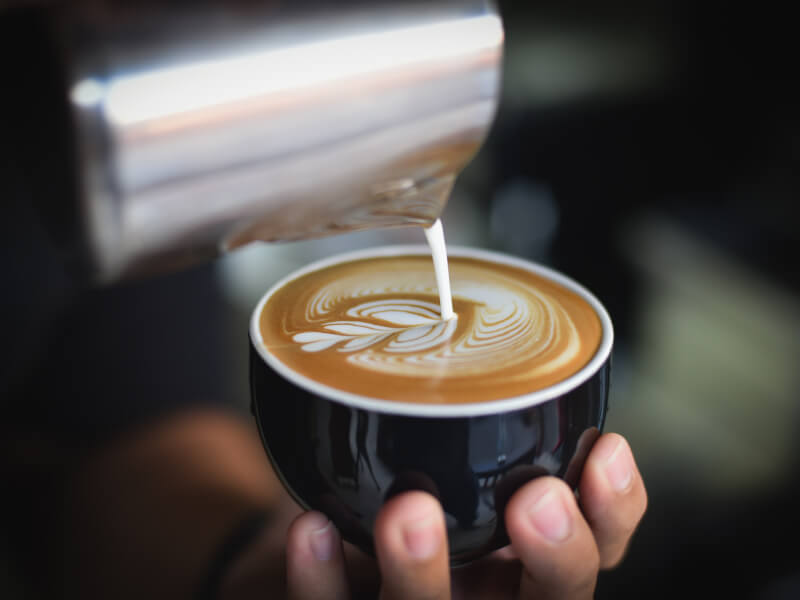 The old Federal Hotel and Coffee Palace may have been demolished in the seventies, but the culture it spawned couldn’t be more alive. The coffee making workshops in Melbourne offer you the perfect place to start if you want to really appreciate the incredible history and process behind your morning cuppa.

Most Memorable 30th Birthday Ideas in Melbourne for Men

Best 50th Birthday Ideas in Melbourne for Her

Awesome Birthday Ideas in Sydney Perfect for Your Dad

Practical Eco Friendly Gifts for Him in Sydney

Looking for Amazing Birthday Ideas in Melbourne for Men? We've Got You Covered!

Best 40th Birthday Presents in Sydney for the Man in Your Life!

Help the Planet with Our Eco Friendly Gift Ideas in Sydney

How to Shop for Every Type of Mum This Mothers Day

Top 15 Indoor Activities to do in Quarantine

What to do When Your Bored During Quarantine

7 Best Things to do in Quarantine for Teens

7 Productive Fun Things to do in Self Isolation

Best Self Isolation Activities to Try This Month

Fun DIY Projects to do in Quarantine

How to Make Reusable Face Masks from Fabric

4 Fun Things to do with Kids at Home

Top Tips for Dating After Quarantine in Melbourne

Good First Date Ideas and How to Pull Them Off

How to Plan an Epic Kids Party in Sydney During Coronavirus

Fun Family Activities to do at Home

7 Crafty After School Activities for Kids 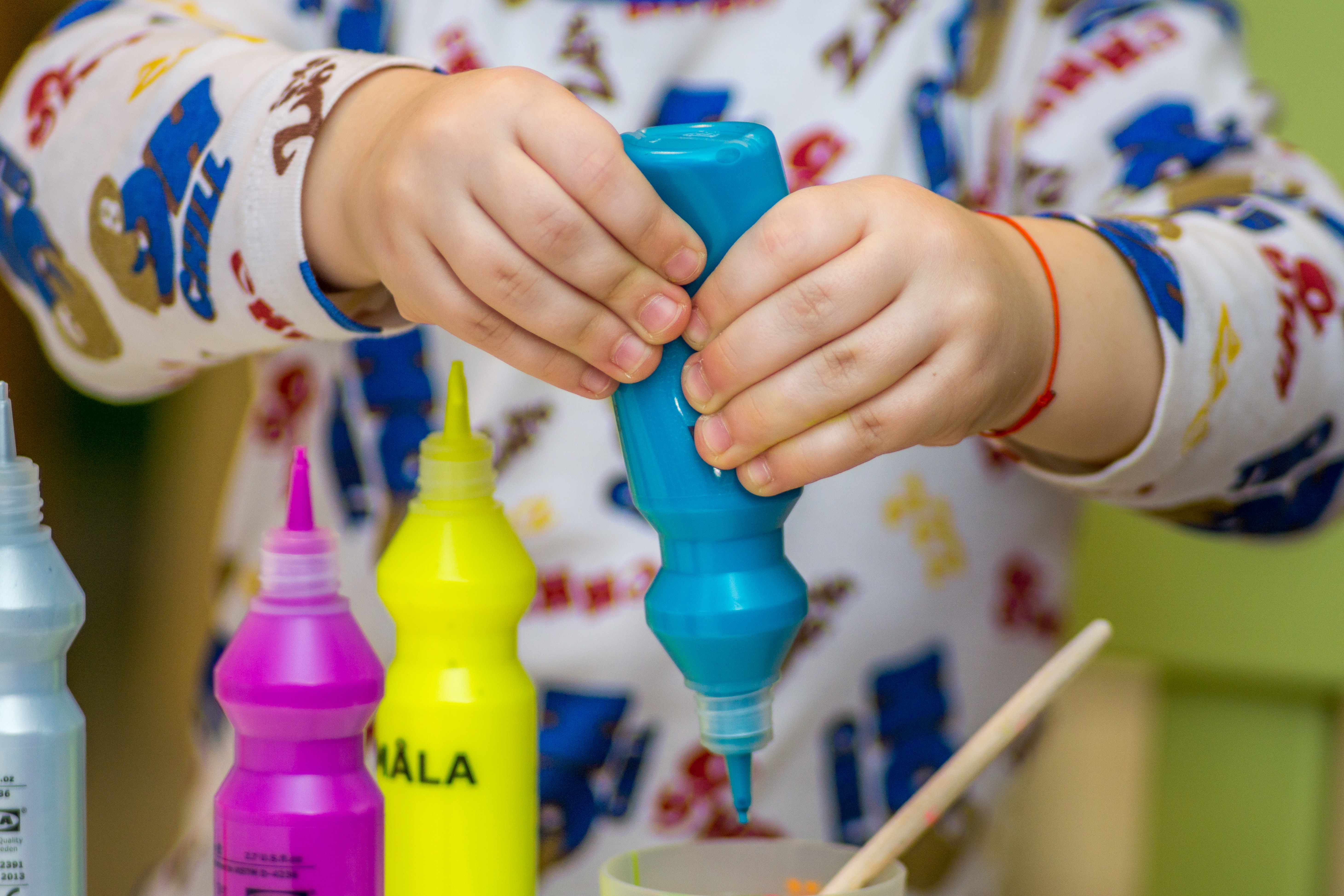 Fun Things to do with Kids This Weekend in Sydney

Best Pottery Classes in Sydney to Try This Winter

7 Winter Crafts You Need to Try in Sydney

How to Throw a Crafty Winter Soiree in Sydney

5 Sydney Experiences That Will Lift Your Mood

Best Crafts for Kids to Improve Their Focus

Unique Gifts You Can Make Yourself in Sydney

How to Make Team Building Activities in Melbourne a Success

Unique Gifts for Friends in Sydney During Covid-19

30th Birthday Present Ideas for Your Best Friend in Sydney

Why Arts and Crafts for Kids Build Self Confidence

How to Plan a Hens Party in Sydney During Covid

How to Throw Crafty Kids Parties in Melbourne

Personalised Gifts for Her in Sydney

Creative Things to do at Home During Melbourne Lockdown