Fire Up Your Office with Team Building Cooking Classes in Sydney

Fire Up Your Office with Team Building Cooking Classes in Sydney

Ignite the fire in your team at some of the best cooking classes in Sydney and learn how to cook something delicious! Whether it’s mouth-watering flavours of Asia or family-focused Italian food, these two Sydney culinary schools are the perfect place for all your team building needs.

As well as being great team building activities, these cooking classes in Sydney are also a fun option if you’re stuck on birthday party ideas or are struggling to plan your next hens party.

Ready to discover your inner chef? Gather your favourite people over good food and even better company by learning how to fold dumplings at Honkas Bar + Eats or tossing pizza dough like a true Italian with Casa Ristorante!

Get a taste for different cultures at cooking classes in Sydney

Want to know the secret to making delicious, restaurant-quality dumplings? “It’s all about the flavour in the mixture. It needs to be strong.” At least, that’s the way it’s done at Honkas Bar + Eats, a Pan Asian eatery in the backstreets of Potts Point that fuses Japanese, Korean and Vietnamese flavours.

“We make all of our own dumplings,” says Honkas owner Hamilton Kings, “this way we can make sure the dumpling is flavour packed!”

Within 24 hours of walking into the venue that is now Honkas, Hamilton had a clear vision of what he wanted to do. No stranger to the Sydney restaurant scene, for the past 15 years Hamilton has helmed Sydney dining institutions like Bondi Social and Pizza Authentico. His vision for Honkas however, was something different: an epic south-east Asian dining experience inspired by the street vendors of Asia.

At the other end of the Cross City Tunnel, is the family-run Italian restaurant Casa Ristorante. Set in the heart of Darling Harbour, the inspiration for Casa comes from the cobbled streets of Napoli. From their waterfront venue, this one “big family” serve up a fusion of contemporary and traditional Italian dishes that are all inspired by seasonality. As far as their pizza secrets go, it all comes down to Cibo, amore, famiglia and amici: food, love, family and friends.

So what do these two Sydney restaurants have in common? Their menu secrets both comprise the key elements needed for a successful team, and coincidently enough, they both run cooking classes for team building in Sydney in their own signature style.

We chatted to the two restaurant owners about why they think cooking classes for corporate teams are such a hit, and how they make the experience unique in their establishments. 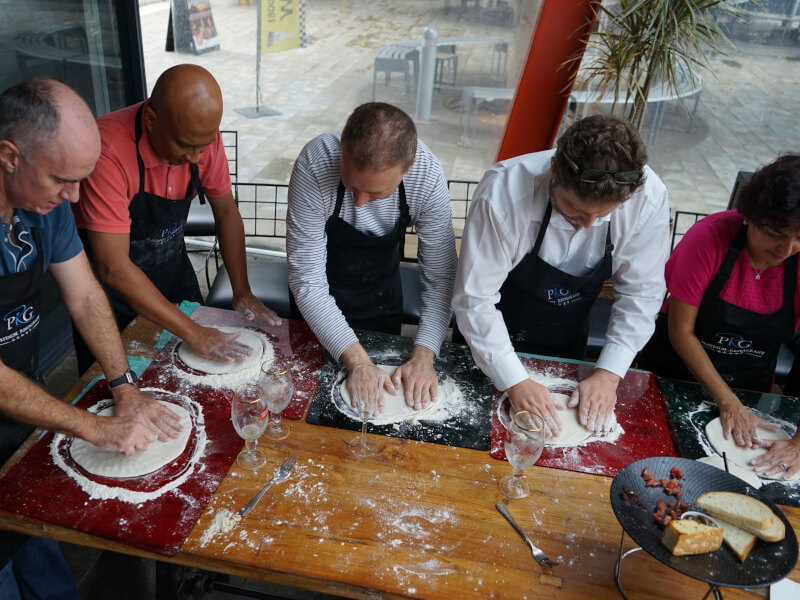 In Casa’s eyes, it’s all about taking the chance to actually step away and get to know your fellow coworkers. Cooking classes help to break down barriers between colleagues by placing them in a comfortable environment and making people feel as though they are cooking in their own home.

“The working environment can be a busy place which means you don't always get a chance to sit down and chat. Team activities can be very daunting for some people, this method of team building allows everyone to enjoy themselves with no levels of hierarchies or culture. Everyone’s on the same level doing something enjoyable,” says the team at Casa.

How is a team building cooking class run? 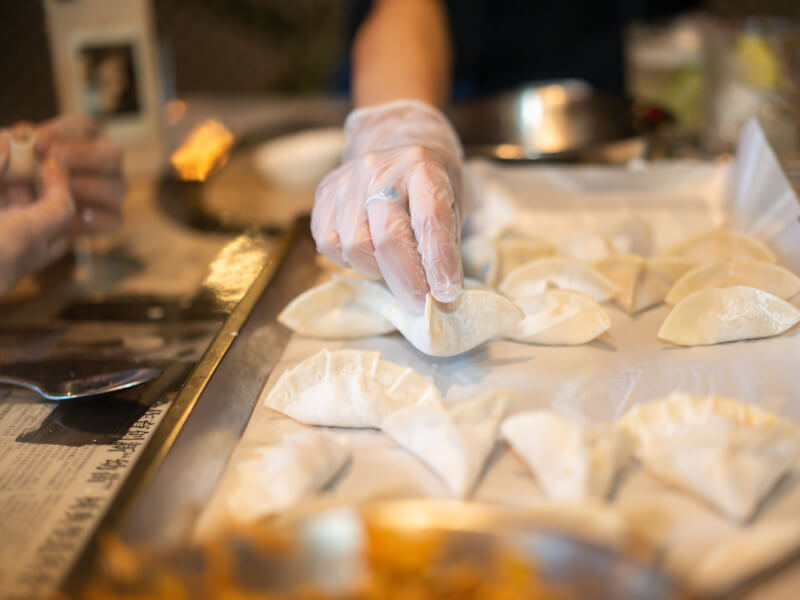 At Casa, the classes are led by their pizza chef Michael who has been in the pizza-making business for 45 years. “Casa is a large open plan restaurant, so we set up some long tables with Michael in the middle.” From there, it’s two hours of pizza making with complimentary drinks and nibbles on arrival, a pizza acrobatics session and some lighthearted competitions that culminate in a delicious feast.

“Our cooking class allows the team to sit down and get to know each other after they’ve finished cooking.” This group meal setting gives the team a final chance to bond over their shared experience and enjoy the delicious food they have worked together to create.

Honkas' cooking classes are led by their team of dumpling masters in a private dining room setting or in a larger space, both overlooking a central courtyard. Either head chef Rupert, or dumpling chefs Sandi or Kieran – whose hands can wrap the perfect dumpling in seconds – will run the group through the dumpling making basics.

The team behind Honkas work to keep the atmosphere jovial and light-hearted. “An element of competitiveness comes through, but in a very light and fun way. As it is a task which is typically totally foreign to most people, the seriousness of the competition is fairly lax,” says Hamilton.

This competitive element can be really beneficial to groups looking for a team building cooking class as it allows everyone to adapt to different pressures, come up with creative solutions, and in doing so, build group confidence. 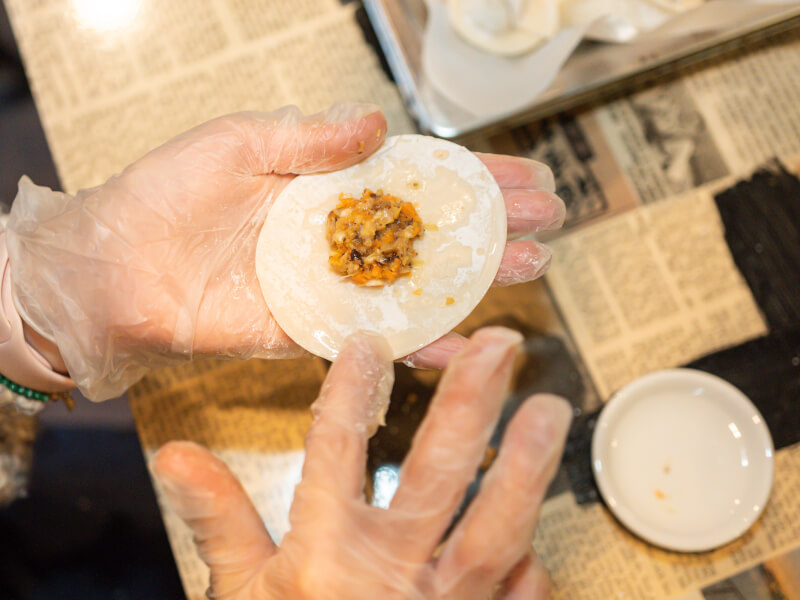 “We notice that typically classes have a huge amount of fun, joke together and enjoy eating what they have created,” says Hamilton.

For Casa, it was something more unexpected, “a proposal to Michael the pizza chef. He must have stolen a pizza-their-heart.”

Now that you know about cooking for team bonding, you can also discover more about how to minimise your food waste with cooking classes! Learn how here.

Casa Ristorante’s pizza making classes are available for $75 per person for group bookings of 12 to 60 people. 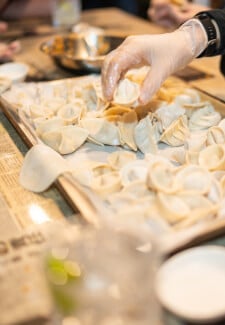 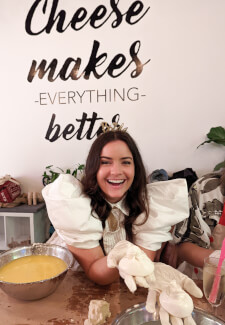 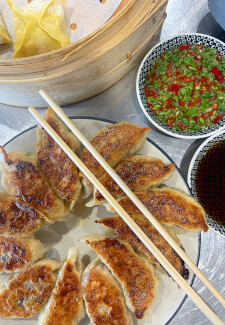 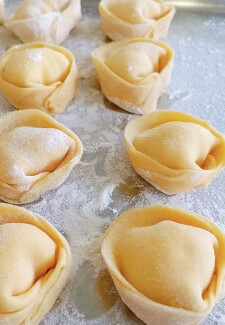 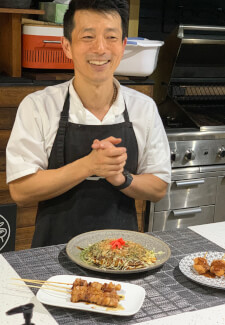 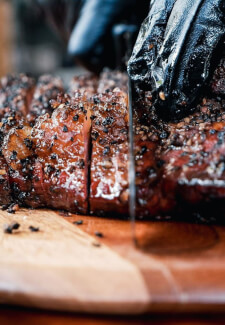 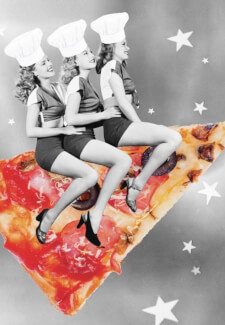 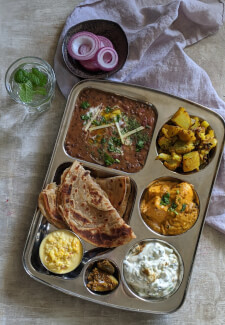 Other stories for you


Add spice to your team building activities with cooking classes in Melbourne!

Fun Corporate Team Building Activities in Brisbane Everyone Will Love

11 Best Team Cooking Classes in Sydney Your Office Will Love


Create the perfect recipe for team success with cooking classes in Sydney!


Find out why cooking classes in Sydney are fun team building activities that'll energise your team and foster communication.


Searching for team building activities in Melbourne? We've got a few ideas that'll get the office together on a budget.

How to Keep Your Remote Team Connected


The team the plays together stays together! Check our Australia's best virtual team building activities for teams working remotely.


Discover why team building activities are so valuable and explore some of our top team bonding ideas!