Here in Melbourne, it’s more common than not to have your coffee served to you with some gorgeous latte art on the top. And let’s be honest, we’ve all spent our fair share of time mesmerised on social media watching baristas create some mind-blowing pieces of coffee art. It’s enough to make you want to sign up for latte art classes in Melbourne and become the latte artist you were destined to be.

Maybe you're wondering where this interesting skill developed? Is it an ancient form of art? Who deserves to be named the latte art creator? And how has it developed over the years? In this article, we’re going to cover it all. In the time it takes for you to finish that latte in your hand, you’ll know everything you ever wanted to know about how to make coffee art. 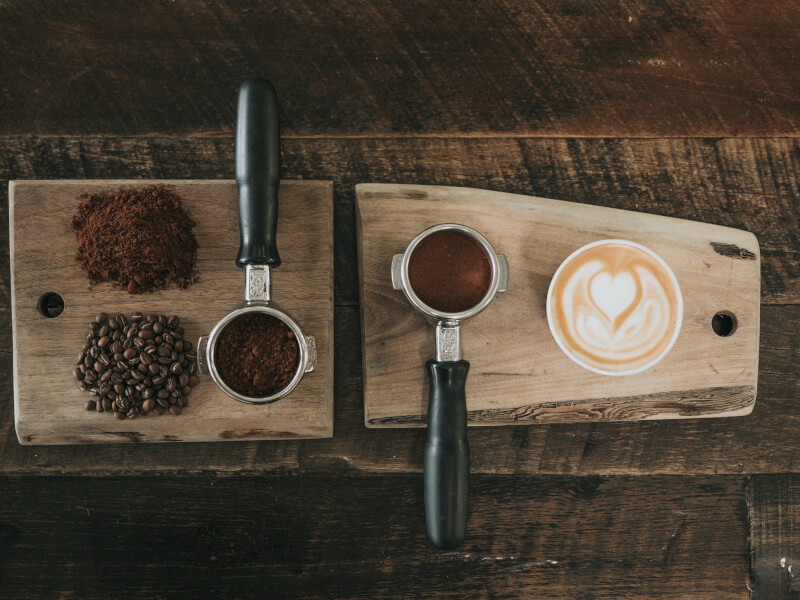 What is the history of latte art?

The interesting thing about the history of latte art is that it’s a bit shrouded in mystery. We know who made latte art popular, but we don’t really know who invented it. What we know for sure is that latte art as a global sensation started in the 1980s in the U.S., in Seattle - which also happens to be the birthplace of Starbucks.

David Schomer of Espresso Vivace was making strides in the coffee world for his innovations in grinding and roasting his coffee beans. Then, he saw a photograph of a latte art design and started experimenting with his own. Schomer quickly became an expert and has been credited with creating the quintessential Rosetta latte art design. It’s that nice feathery design that has become one of the most common in latte art. In fact, if you were to take a latte art class in Melbourne, chances are, you would probably learn this design first.

Suddenly, Schomer was making coffee that didn’t just taste good - it was also a work of art! A latte art craze was started that soon overtook the world. But what’s the story behind the picture that started it all for Schomer? It came from an Italian restaurant named Caffe Mateki, which no longer exists. So there’s not much more to learn from that lead. 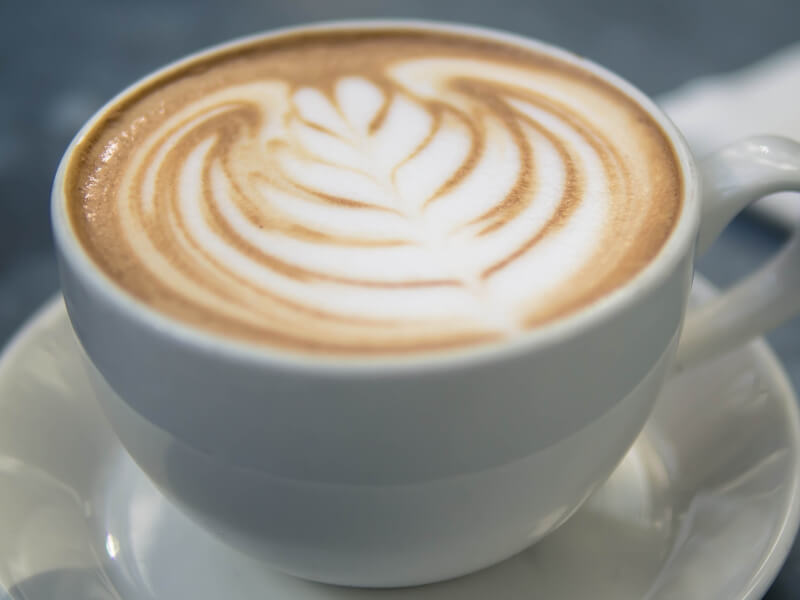 And there’s more to the story. In Italy, around the same time, a coffee master named Luigi Lupi was also developing an iconic latte art design: the tulip. Over the years, he and Schomer collaborated, sharing videos online and defining latte art. Today, they’re considered co-founders of this artform.

But where did Lupi get his idea? According to him, another coffee enthusiast, Piero Merlo, was adding a small signature to his lattes - a tiny heart or flower, but nothing too fancy. Lupi expanded upon the idea to create more intricate tulip designs. But when Lupi asked Merlo who taught him, Merlo said he couldn’t remember. Maybe the same person who taught Merlo was the inspiration for Schomer. Maybe there’s a whole secret society of latte artists who were working underground long before Schomer and Lupi came onto the scene. Okay, it’s probably not that, but we may never know for sure.

Why did it take so long to work out how to make coffee art?

You might be asking yourself, “What took baristas so long to figure out how to make coffee art?” After all, we’ve been drinking coffee for a lot longer than 40 years. What was the holdup?

To answer that question, it’s important to know exactly how latte art is created. The designs that you see on the top of your tasty beverage are the result of microfoam creating contrast with something called the crema of the espresso. Crema is a layer of foam that sits on top of the espresso, and it should be a dark, reddish rich colour.

And, while Italians and other Europeans had been developing the proper machinery to make espressos since the 1800s, they weren’t able to achieve crema until the 1950’s when a man named Achille Gaggia created a new steam pressure lever espresso machine. In fact, according to Smithsonian records, when Gaggia first started serving espresso shots with his new machine, he had to convince his hesitant customers that the foam floating on the top of the espresso was a good thing.

As the new machinery started to make its way to every edge of the world, the ways of drinking espresso changed and adapted. In the US, for instance, coffee drinkers were unaccustomed to the strength of the coffee flavour and began developing new ways to take the edge off, milk being one of the best ways to soften the kick.

What are the latest latte art trends?

Wherever you go, you’re bound to see the timeless favourites - rosetta latte art and the tulips. They are classic and elegant, and baristas can show their skills by perfecting these two designs. But, as with any creative endeavour, there are plenty of people who are willing to upgrade the classics. And with the rise of social media, latte art has seen a whole new wave of popularity. Whatever animal you want to see on the top of a latte, whether it’s swan latte art or a whale or an adorable puppy, a quick browse on social media will give you the perfect picture or video.

Baristas have even been exploring the third dimension with their latte art, creating cute cats, giraffes, and more that look like they’re floating in a relaxing coffee jacuzzi. And in the new year, we expect to see more colourful latte art, with unicorn and rainbow themes.

Learning how to make coffee art is fun and exciting. You don’t have to become a full-fledged barista to learn how to create intricate designs on your morning latte. All you need is a latte art for beginners class and a little bit of time to practice. Who knows? You might be the world’s next big innovator in the latte art designs.


Other stories by Sarah Hinds-Friedl

Why So Serious? Hobbies Vs. Burnout

Are We Losing Our Focus?

Make Your Own Cocktails in Melbourne

Zero Waste Bartending and Sustainable Cocktails: Could This Be the Future of Cocktail Making in Melbourne?

The History of Ikebana: the Japanese Art of Flower Arrangement

Take a Cooking Class and Join the Sustainable Food Movement

Why You Should Try Mobile Classes for Team Building in Melbourne

How to Plan the Perfect Hens Party in Melbourne

Unique Gift Experiences for Him (Or Her) in Sydney

Best Experience Gifts for Her (Or Him) in Sydney

Alternative Experience Gifts for Him in Sydney

Save Money (And the Planet) with DIY Christmas Gifts This Season

Gift Experiences for Your Creative Man

Cooking Classes Are Now Being Prescribed as Therapy

Get Behind Your Local with Cocktail Making Classes in Melbourne

How to Reuse Your Coffee Grounds

Looking for Hens Weekend Ideas in Melbourne? Try a Staycation

Why You Should Try Candle Making Classes in Melbourne

Why Barista Courses in Melbourne Are Trending in 2020

Best Corporate Team Activities in Brisbane for Your Next Office Event

Fun Corporate Team Building Activities in Brisbane Everyone Will Love