‘We are truly happy. We would like to continue passing on Japanese food culture to the generations to come and work harder to let people overseas appreciate the benefits of washoku’ revelled the Japanese President Shinzo Abe, in late 2013. Japanese cuisine or ‘washoku’ had just earned a place on the UNESCO Intangible Cultural Heritage list, seated between nations: France and Mexico, lauded for their culturally significant cuisines.

In a country renowned for its harmonious relationship to food, the recognition arrived at a time when vast amounts of food waste suggested otherwise. Specifically, a whopping eight million tons of it. President of the National Assembly on the Preservation and Continuation of Washoku Culture, Isao Kumakura, attributed the waste to the seductive charm of convenience. The Japanese appeared to be swept up in soaring productivity of the 21st century, the fast-paced days saw the home delivery of noodle-dishes and bento box lunches, fad-food diets and restaurant distributed meals replacing home-cooked. This detachment from food, ruined the very foundation of washoku: valuing food and avoiding waste.

The pace of progress has not slowed for anyone, least of all Japan, since 2013, though the movements of bodies such as the National Assembly, alongside grassroots action, have certainly helped revive the endangered washoku. Implementation of parent-child classes in diverse dietary education, provision of local dishes in school lunches and community events and the establishment of symposiums on Japan’s dietary culture, have encouraged locals to rediscover their identity.

Over the course of history, the cultural influence of nations embarking upon Japanese shores has resulted in numerous culinary transformations. The arrival of European missionaries during the 16th century saw locals combine Spanish and Portuguese frying techniques. An experimentation with Chinese methods of cooking during this time resulted in tempura: a deep-fried dish typically focused on seafood and vegetables, popular in modern Japan. Japanese chefs incorporated increasingly more meat into their dishes, reflective of Western-style cooking during the 19th century. Soon enough, beef, deep-fried pork cutlets and curry dominated the food scene. Underlying it all: the traditional Japanese cuisine: washoku, valuing simplicity and health.

Surrounded by seas where warm and cold currents converge, Japan is home to four thousand species of fish, including squid, octopus, and eel. Sea vegetables line the shores and well developed rice fields saw the birth of a culture of cultivation, dating two thousand years. A combination of Japan’s natural elements, constitute the basis of washoku. Sitting down for a traditional meal typically resembles: a bowl of rice, miso soup, pickled vegetables, fish or meat. Noodles often replace rice as a staple food, including udon, soba and ramen. Only the freshest and seasonal ingredients are served, in minimalist presentation.

Japanese chefs aim to harness the natural flavour and texture of each ingredient, most commonly fish, requiring knife mastery specific to Japanese culinary arts. As children, locals are taught to balance plain-tasting rice with stronger side-tasting dishes, consuming a morsel of rice after each bite of side dish, savouring the taste and texture of every ingredient and achieve a balance of proteins, fats and carbohydrates.

Umami is the core, essential element in washoku, translated from Japanese to ‘pleasant savoury taste’ coined by chemist: Kikunae Ikeda, back in 1908. Japanese cooking uses minimal ingredients, umami provides the flavour base for most dishes. The flavour is richest in fermented condiments such as ‘dashi’, a rich stock made from kelp, miso (fermented soybean paste) and soy sauce.

Dating back to prehistoric times, the Japanese’ indigenous worldview has found profound religious meaning in its surrounding natural environment. Founder of Soto Zen, Japanese monk: Dogen Zenshi, asserted the belief that non-sentient beings shared the human ability to engage in discourse with the Buddhist Dharma, and were therefore not exempt from enlightenment. Dogen’s philosophical values extend to shojin ryori, one of many Japanese cuisines, though maintains the largest influence on food in the country.

A common mantra of Zen Buddhism, spreading through 13th century Japan, was the belief in foods to provide balance, alignment to body, mind and spirit. Buddhist monks indulged in soybean-based foods, seasonal vegetables and wild mountain plants. Forbidden to slaughter animals for consumption, monks abstained from meat, fish or any animal product, believed to cloud the spirit and interfere with meditation.

The ‘rule of five’ underlies shojin ryori meals, based on achieving nutritional balance and placing the body in balance with the seasons, by incorporating five colours and flavours into each meal. Common seasonal vegetables include: cucumber and tomato for refreshment in Summertime and root vegetables to warm the body in Winter. Buddhist monks preserve all components of local vegetables, including the tops and skins off carrots, radish leaves, out of respect for the natural environment.

Unique to Japanese cuisine is its cultural eating rituals and habits. Japanese chefs, who train for years, wield their artistic hands to create vigilantly prepared dishes, appealing to the senses as well as palate.

Raw, simmered, fried, steamed, roasted or grilled, Japanese cuisine is presented on the plate with the utmost precision, the result of strenuous dedication, echoing a philosophy gratitudinous of the environment.

Over the past few decades, Japanese cuisine has found a face in the international market. A boom in Japanese restaurants overseas, has attracting diverse audiences to sushi and noodle bars, to reap the benefits of the natural, nutritional dishes. Unfortunately, however, some of its authenticity has been lost along the journey. At the helm of Japanese eateries both small and large, chefs are often not of Japanese descent or properly trained in Japanese cuisine, and lean towards dishes that more closely resemble Chinese food, or take shortcuts and simply serve MSG-filled food.

For an authentic Japanese culinary experience, Sydney-siders can opt for a professional-led class with ClassBento. Embark upon an appreciation of Japanese culture, begin a journey  of health improvement, and choose from a range of classes with Yoshiko Takeuchi, who boasts over ten years cooking experience. Yoshiko has frequented some of Sydney’s top kitchens, specialising in Japanese vegetarian and vegan recipes, in a mission to promote a healthy and enriching lifestyle.

Start with a beginner's course, or jump straight into in a Superfood Gyoza or Power of Miso cooking class. Learn how to make healthy alternatives to gyoza, miso and sushi minus the msg and deep-frying practices found in some restaurants. Form mounds of sushi rice, create nigiri and nori rolls whilst sipping on Japanese tea with other Japanese-food enthusiasts. Make tofu from soybeans, tempura or matcha green tea salt. Embrace the Buddhist lifestyle in a Shojin Ryori Vegetarian cooking class by Setsuko Yanagisawa and make mushroom tempura, lotus roots dishes, and much more, while relaxing your mind and spirit with tea and sake.

Introduce yourself to a diverse range of Japanese ingredients, refine your skills and cleanse your body. 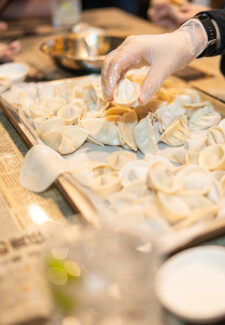 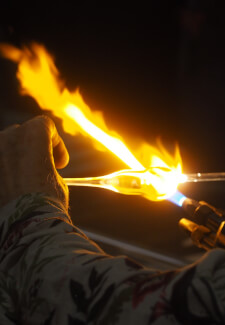 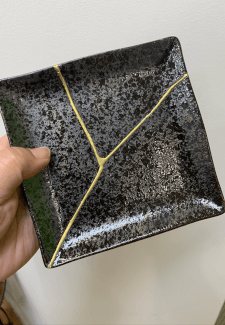 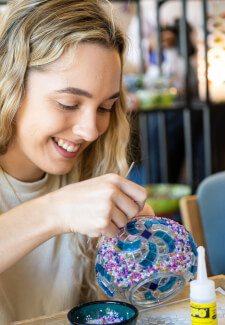 Make Your Own Fragrance / Perfume Workshop 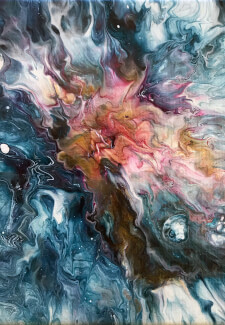 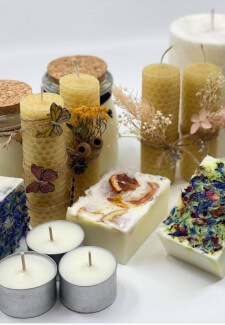 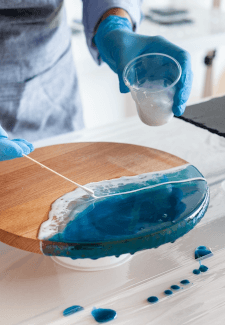